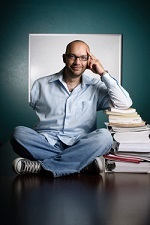 Albert was hit by two cars while riding his motorcycle. He suffered many traumatic injuries, including the loss of his right arm. He was in a coma for two weeks in the Intensive Care Unit at University Hospital and then transferred to the Reeves Rehabilitation Inpatient Unit to begin his long road to recovery.

Once Albert went home from the hospital, he started the Outpatient Brain Injury Day Program. He graduated less than a year later. Just five years later, he graduated again; this time with his Master’s degree in Social Work from the University of Texas at San Antonio.

Monica's Patient Story
Monica was in a horrific car crash. Learn how she is able to walk again by beating the odds.
Watch this video