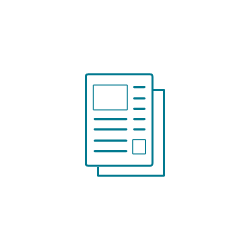 Heading off diabetes in the womb?

Diabetes runs in families. And for years, doctors have advised those at high risk of diabetes to eat sensibly to prevent getting the disease.

Now, a new study involving several San Antonio organizations is asking a seemingly odd question that could have a major impact on the worldwide epidemic of obesity and diabetes: What if that advice should begin before birth?

“We’re trying to figure out if babies are preprogrammed to have a certain body composition that depends on the maternal-fetal environment,” said Dr. Cynthia Blanco, medical director of the Neonatal Nutrition & Bone Institute at University Health System, and professor of neonatology at UT Health San Antonio.

“We want to know whether what those moms are eating — or their genes — will determine the baby’s body composition from birth, and if that leads to a trajectory towards obesity and diabetes in the child that continues over time,” said Dr. Blanco, the principal investigator of the study.

Researchers know that an accumulation of abdominal fat puts older children and adults at higher risk of health problems such as diabetes. Part of this new study involves determining whether certain fat deposits at birth can also determine whether the baby will have a higher risk of disease later in life.

If so, the next question is whether a change in that maternal-fetal environment can also change their genes and the baby’s body composition — and prevent disease. The idea isn’t so far-fetched. A number of genes are known to influence the risk of diabetes — some by preventing the disease, others by making it more likely.

With this study, the researchers hope to learn a number of key elements, including whether certain foods or medicines can switch on or off those good or bad genes. And that could be an exciting new area in the fight against diabetes and obesity — determining which genes might be a problem in a particular baby and advising the mom in pregnancy to add or subtract certain foods in her diet.

“Why? Because the diabetes and obesity epidemic continues to be a huge problem,” Dr. Blanco said. “A lot of the therapies and diets we’re recommending to decrease the rate of obesity aren’t working — especially in kids and adolescents.”

About 40 families so far are enrolled in the study. The babies will undergo a sophisticated body analysis using special equipment that is only available locally at University Hospital. Mothers will receive a dietary analysis and counseling for both mom and baby by a registered dietitian. They will be followed again at six months, and researchers hope they can continue following them over several years if additional funding can be secured.

Mothers interested in participating in the study can call 210-567-5262 prior to delivery or within a few days after delivery for information. Mothers who deliver at University Hospital are eligible to take part in the entire study, while mothers who deliver elsewhere may be eligible to take part in a portion of the study, including body composition measurements and nutritional counseling.